AlMg3 alloy is characterised by medium strength, good formability and weldability in addition to good corrosion resistance, especially against sea water. It can be used wherever there are no high demands with regard to mechanical load capacity. Their main areas of application include container and apparatus construction, mechanical engineering, the chemical and food industries as well as the manufacture of packaging machinery. You can find out what exactly the abbreviation AlMg3 means, why pure aluminium is alloyed with magnesium in the first place and who came up with this idea here. 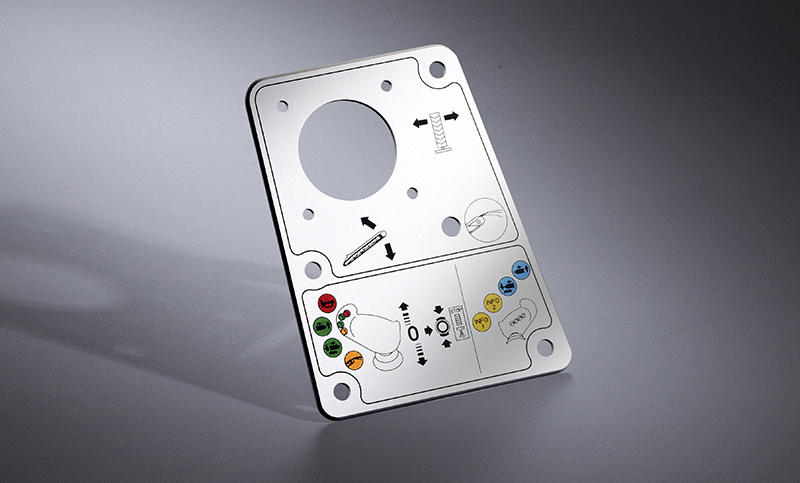 Aluminium-magnesium alloys - what are they for and who invented them?

In 1825 the Danish physicist Hans Christian Oersted was the first to succeed in isolating still impure aluminium by reducing aluminium chloride with potassium. The German chemist Friedrich Wöhler improved Oersted's method and extracted pure aluminium for the first time. From Wöhler's processes, the French chemist Henri Étienne Sainte-Claire Deville developed a technical extraction method based on the reduction of a mixture of sodium and aluminium chloride using sodium. However, this method was far too costly for mass production.

It was only in 1886 that the American inventor, engineer and entrepreneur Charles
M. Hall and the French chemist Paul Louis Toussaint Héroult independently invented a cost-effective way of producing pure aluminium by fused-salt electrolysis. The process, known as the Hall-Héroult process, is still in use today with various improvements.
Pure aluminium was therefore available in large quantities at the beginning of the 20th century. However, it had already become apparent that it could not be cleanly machined with cutting tools and that its most valuable property, its low specific weight, could therefore not be used to the desired extent. Initial attempts to alloy the element with magnesium were made shortly after its discovery. However, they failed due to incorrect mixing ratios on the one hand, and on the other hand because both alloy components were not available in sufficient purity - probably also containing larger traces of carbon, sodium or nitrogen, depending on the production method.
The first viable solution to the problem was found by Ludwig Mach, the eldest son of the Austrian physicist Ernst Mach, who in 1894 developed an aluminium alloy with two to thirty percent magnesium, which he named Magnalium. During his experiments Mach found that alloys with 10% magnesium have the same mechanical properties as rolled zinc, while alloys with 15% magnesium are equivalent to a good brass casting. At 20% magnesium, the alloy has the specific characteristics of soft gunmetal or hard-drawn brass wire and at 25% that of ordinary gunmetal.

What does the abbreviation AlMg3 stand for?

Al stands for aluminium, Mg for magnesium and the 3 for the percentage of magnesium content. In other words it is an aluminium-magnesium alloy with a magnesium content of around 3% (2.6 to 3.6%). Traces of silicon, iron, copper, manganese, chromium, tin and titanium are also contained. The material number of this alloy is 3.3535 according to the European Standard EN AW-5754 designation.
Pure AlMg-alloys like these are considered to be medium-strength, naturally hard alloys. They are easy to roll, forge and, with Mg contents of 3 % or more, also easy to weld. The welding filler depends on the magnesium content.

What can the AlMg3 alloy be used for?

While pure and ultra-pure aluminium are best suited for non-cutting manufacturing processes, their comparatively low strength values make them less suitable for cutting processes and heavy mechanical stresses. This deficit can be easily compensated by adding magnesium.
The high increase in strength is based on the high binding energy of vacancies to the magnesium atoms. The more empty spaces are occupied in this way, the lower the plastic deformability of the material.
Technically relevant aluminium-magnesium alloys contain between 3 and 10 % magnesium. In order to take full advantage of the favourable strength properties of alloys with a Mg content of more than 7 % which are demanding in terms of casting technology, these alloys require additional homogenisation annealing.
Pure AlMg alloys are suitable for a wide range of applications depending on the magnesium content. AlMg1 is used for example for roof coverings, façades, in window and door construction in addition to fittings, AlMg5 for optical appliances and
packaging. Pure AlMg alloys with 3% magnesium are used in the following areas, for example: